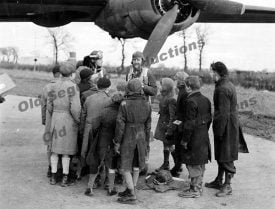 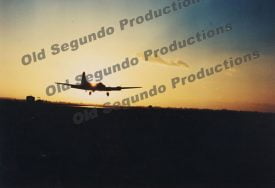 Button Nose” was a Boeing B-17G, serial number 43-37704, assigned to the 535th Bomb Squadron, 381st Bomb Group, 1st Air Division, 8th Air Force. This aircraft was lost on August 8,1944 during a ground support mission to Cauvicourt,France. She was damaged by AAA and set on fire, crash-landing near the British lines close to Caen. The entire crew returned to base at Ridgewell, England safely the next day.

Special Note:  Watermarks are used on reference copies provided to our customers for viewing on the web.  All watermarks are removed on orders prior to shipment.  Thank you for your interest in our historic prints.