From Pyote to Fortress Europe 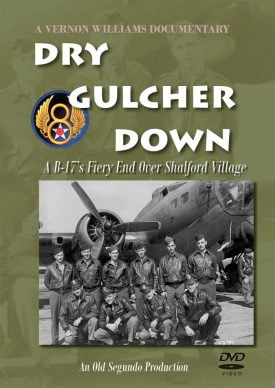 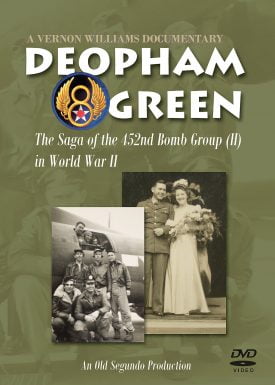 The 381st Bomb Group and the Air War in Europe

A Newly Remastered Widescreen version of this film will be released on January 15, 2022. New graphics, newly digitized combat footage from government archives, and a widescreen format will bring the 381st Bomb Group story to life in a new and exciting way.

Activation of the 381st Bomb Group at Pyote, Texas and the problems of training in the hostile, desert country of far West Texas.

Early leadership tensions in the 381st and the rigors of training in a unit with limited resources.

Early training activities and on-the-job schedules designed to prepare the bomb group for the unknown in combat in the ETO.

The Anglo-American cultural exchange in County Essex during the war.

Early combat and heavy losses ushered in a sense of desperation and low morale.

The tide turns as Schweinfurt and D-Day are left behind.

A Newly Remastered Widescreen version of this film will be released on January 15, 2022. The full-screen trailer above will be replaced by a new widescreen, remastered version as well. New graphics, newly digitized combat footage from government archives, and a widescreen format will bring the 381st Bomb Group story to life in a new and exciting way.


This documentary traces the 381st Bomb Group (H) from activation in Pyote, Texas in 1942 through combat with the Eighth Air Force in the European Theater of Operations. During World War II, the 381st participated in the daylight bombing raids on German targets where the group dropped more than 22 thousand tons of bombs. This documentary provides an exciting look into the human side of war as B-17 air crews struggled to beat the odds in the skies over Europe.

This film includes the poignant voices of those who lived the history of the 381st Bomb Group, and they bear witness to the history that played out during training and during those desperate days of combat missions flown from Ridgewell Airfield in County Essex.